The festival of Holi in India marks the arrival of spring after the long winter months.  People all over the country celebrate the fertility it brings with colour, feasts, and love. It also signifies the triumph of good over evil.

Holi is commonly associated with an image of hoards of people drenched in water and colour. While that is one of the most vivid ways to celebrate this festival, it is far from the only one. From the fields of Punjab to the streets of Goa, Indians spend the day of Holi participating in many lively displays of culture and traditions.

Here are a few of our favourite ones:

One of the most vibrant and rich ways to celebrate Holi is in the state of West Bengal. Basant literally translates to spring and Utsav means festival. Agriculture is the primary occupation for many people in West Bengal and the onset of spring is a cause for true celebration. To welcome abundance of yield in the upcoming season, men and women wear yellow and perform dances.

The most popular place to witness the festivities is Shantiniketan, the hometown of Rabindranath Tagore. Tagore’s poems are performed along with the traditional songs and dances. Dol Jatra is the celebration on the second day, which is closer to the mainstream celebration of Holi. Idols of Lord Krishna and Radha are paraded on the streets while people play with colours and water. 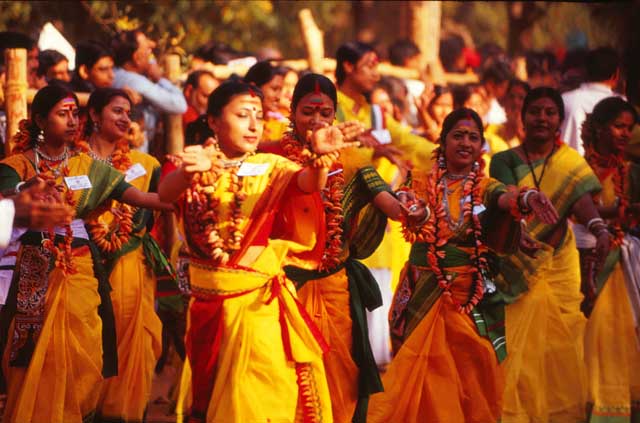 The spectacle in West Bengal during the two days of Holi is not to be missed. Coupled with the serenity of Shantiniketan, it makes for a memorable weekend getaway. The easiest way to get there is by flying to the Netaji Subhash Chandra Airport in Kolkata and then travel by road to Bolpur.

In this hidden gem of the North East, Holi is celebrated for almost a week! Starting on the day of the full moon, the people of Manipur engage in festivities that combine the traditional Hindu customs and their own indigenous rituals. Since this is the biggest festival of the state, it is a lively affair that every person looks forward to. 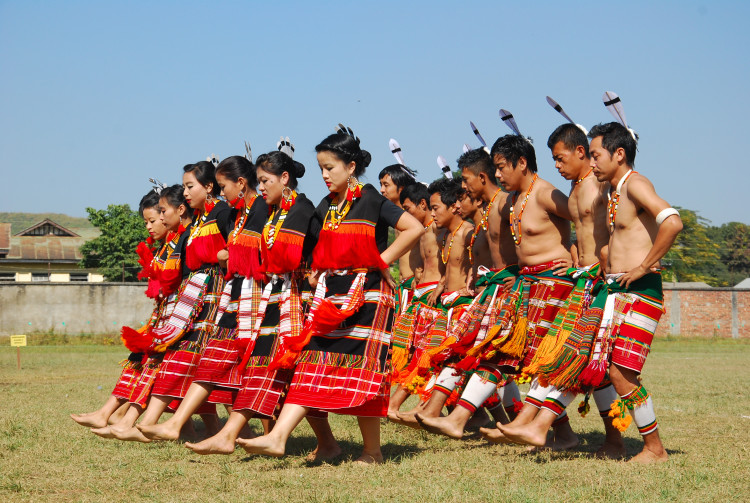 The proceedings begin with the Yaosang Mei Thaba, or Burning of the Straw Hut. During the week, various performances are held and feasts are enjoyed. The Thabal Chongba is a moonlight dance for which people from all over Manipur gather. On the last day, people celebrate with water and colours. Moreover, sports also form an important part of the week. Local clubs organise many competitions and on the last day, people participate in half-marathons. 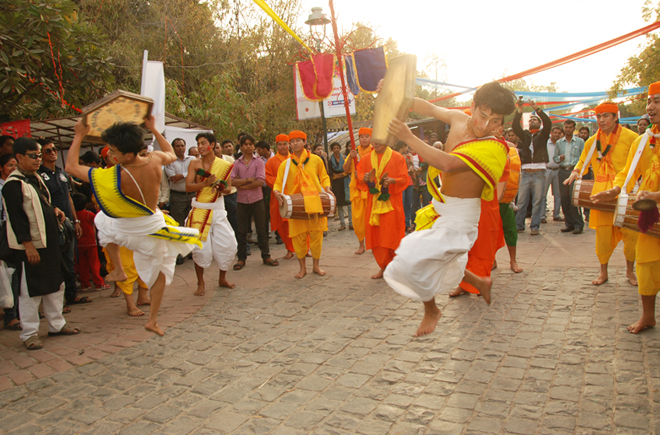 The Holi week in Manipur is a visual and cultural feast that truly brings out the best of the North-Eastern way of life. It’s centred on a feeling of community and kinship. For everyone who hasn’t visited the North-Eastern part of India yet, this is a golden opportunity. The closest airport is the Imphal International Airport.

This Holi is a novel tradition of the Kumaon area in Uttarakhand. In this region, Holi is largely a musical affair. People take to the streets in groups called Tolis and sing traditional Khari songs. Dressed in their customary attire, they play with colours and greet everyone. The people of Kumaon are very particular about the time when particular songs can be sung. Songs based on different ragas can be sung only during specific times of the day.

The Holika bonfire is burnt in Kumaon in a ceremony known as Cheer Bandhan. For the agricultural community of the state, Holi holds great importance. People of all religions in the area engage in the festivities, coming together as one to welcome spring. 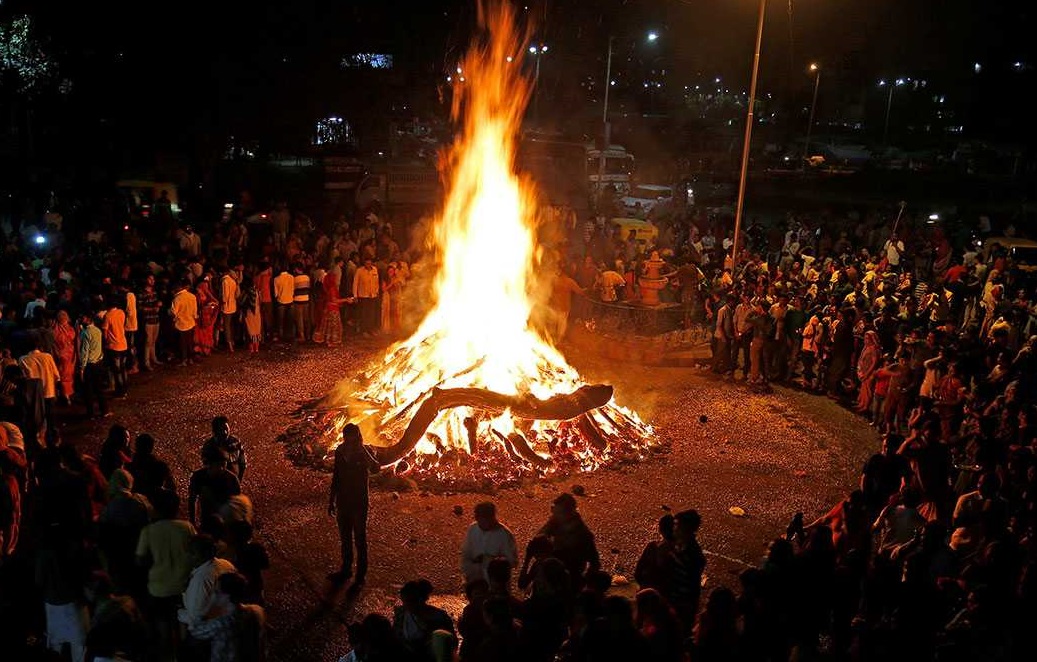 The brotherly way that this rural community revels during Holi is truly heart-warming. For those who are looking for a break from the rest of the world, this is the place to go. The closest airport is located in Pantnagar, which is easily accessible by private charter.

At BookMyCharters, we provide connectivity to all corners of our beautiful India. Whether you’d like to go home to your family this weekend without time constraints or explore the customs and traditions of a remote corner in India, we will get you there. No last-minute price hikes, no need to rush to and from the airport, and no corner where we can’t take you. The time to celebrate is here.

You can explore our fleet of private jet charters,yacht charters, and helicopters on our website.